Formerly an engineer and sales director for a process heating manufacture, Jon has a depth of knowledge within the industrial and commercial markets. His perspective and background is helping us shape our North American leak detection market, allowing us to partner with some of the best agencies in the country.

As a cumulative group, there is no better source for liquid leak detection products and expertise for markets from heavy oil and gas to commercial multiuse buildings and everything in between.

Thomas Sales has been a cornerstone of the Chicago construction market for over 35 years. Humble beginnings as a rep/distributor for the hardware stores of the Chicagoland area and then driving the growth of Home Depot's expansion throughout the Midwest with Siemens, Farenhiet and many other manufacturers. As typical retail sources separated themselves from regional representation, Thomas Sales adapted.

Diverting to the wholesale electrical and mechanical markets, we now enjoy close relationships with nearly every Electrical & Mechanical distributor in the Illinois/ Indiana market while still maintaining a presence in Co-op retail. Big or small, family owned or corporate; we have created strong relationships and in many cases, they are stocking distributors.

Specializing in engineered sales, we have been fortunate enough to carry a heavy influence and design many of the projects that we associate with. Heat loss analytics, layouts & documentation, engineer consultation, architectural design solutions, and contractor installation support to ensure each design becomes a reality.

Maintaining near complete market share in distribution and having shaped the landscape of Chicago, we look to expand our influence and impact into the future. Fresh eyes, innovation and great experience are here to help build your brand and develop a presence in our markets. ​​

We have been doing this a very long time and it is only the beginning!

Starting his career working as an electrician and transitioning to electrical sales has afforded Dylan a real world perspective to support customers promptly with sound advice. 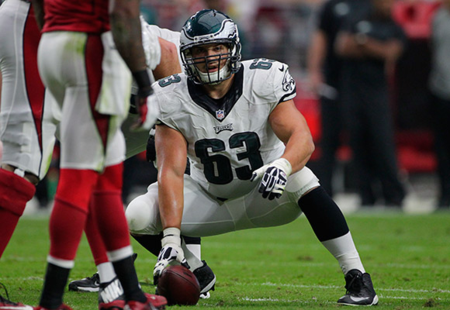 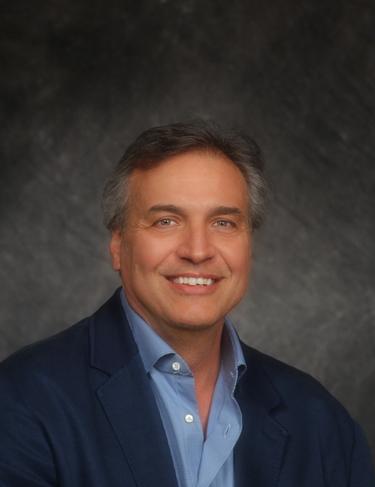 ​​A true trademark in the heat trace industry, Paul originated out of the direct sales office of Tyco Thermal Controls which became Raychem and then Pentair.

Over his 13 years as an outside salesman for such a highly engineered product line, Paul has found himself a deep knowledge of not only selling that product, but also designing, specifying, and installing.

As the commercial face of Pentair/ Raychem in Chicago, he was projected into the Regional Manager position. Directing an $8,000,000 territory with multiple reps, supporting many high profile projects. 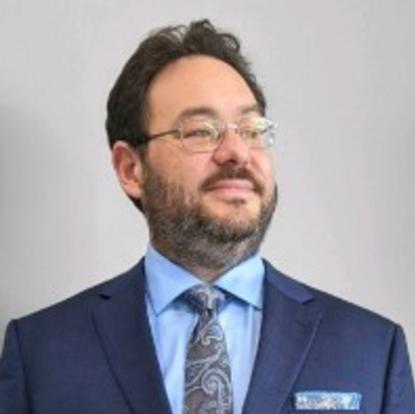 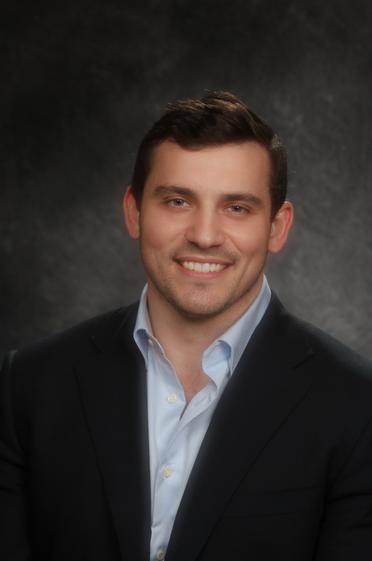 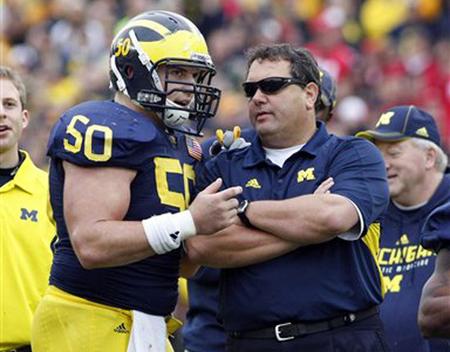 This isn’t the only instance of taking a line from nothing to becoming a household name within his market, it would become a trend. In 1985, Tom was able to convince Intertherm to come on board. This was also the first engineered /heating line and it supplied the commissions to make him a full time rep. Intertherm soon became the unanimously stocked line in electrical supply houses and hardware stores throughout Chicago. Even when the, now defunct, manufacturer drastically increased their pre-paid terms, Tom turned to purchasing large stock orders and distributing them out of his garage. He did whatever it took to make his manufacturers shine.

In 1989, the woes of Intertherm finally became too great and Tom dropped the $2,000,000 a year line to take on a manufacturer that was willing to fight, Berko. They were barely breaking $50,000 a year and needed help to rise to what they are today. By now, his wife, Gail had joined him and soon became the voice behind Berko thoughout Chicagoland. She was the heart of the industry, someone that anyone from the countermen to owners loved to talk to. ​

​Cerro Wire came soon after in 1990, becoming the stocked brand for all local hardware stores and the home center giant rising out of Atlanta. At the time, Home Depot maintained regional purchasing offices and was a very large part of Thomas Sales. Tom was able to capitalize on the quickly changing landscape of the retail market, using his tight knit relationship with Home Depot to gobble up lines: Lights of America, Siemens, Farenheat, Appleton, Mullberry, Bridgeport, Southwestern Bell/ Gemini, Studio Acoustics, Fasco, Hampton Bay, Power Century and Connecticut Electric. Amassing an annual sales of over 42,000,000, he was absolutely consumed by maintaining Home Depot.

At a moment when things couldn’t get better tragedy struck, something that would change not only his business, but his entire life. Gail had lost her fight with cancer, leaving Tom a single father to two boys. Leaving an entire network of people broken, mourning the loss of someone that is still remembered throughout the tight knit electrical industry.

Tom had left the fast life of selling Home Depot to be with his boys as much as possible, just two years later Home Depot consolidated their purchasing nationally to Atlanta. Ditching so many lines overnight forced him to focus on Berko, which soon included Qmark. Ever since that moment, Thomas Sales has been the go to source for electric heating equipment. Maintaining the only large stock warehouse of electric heating equipment, Tom did what he knew Chicago needed! ​

​​Single handedly recruiting, designing, specifying and supplying many of the largest projects in Chicago including Trump Tower, Heritage @ Millenium, Legacy @ Millenium. Tom also acted as the supporting force behind the well known Trans Energy Systems, together they changed the engineer/ specification landscape of Chicago.

Originating from the fastener industry, Henry is a service forward and energetic individual. His addition to the group adds another layer of support and quality customer service.

After a long career working as a purchasing manager and accounts receivable contractor, Cindi has joined Thomas Sales and brought he depth of knowledge to support our growth.

A sales professional with a long history in construction sales and an avid fisherman. Trained as a electrician, experience in concrete, general construction, and plumbing sales; Tyler is well rounded and well suited for the sale and support of heating products, especially heat trace systems.

Comfortable on a job site he can assess your project, create a solution, and support the installation. Knowledgeable about many trades, he's a great intermediary between electrical, plumbing, roofing, concrete, etc to ensure the system installs and operates as expected.

With an owner and salesman as a father, Tom grew up running around supply houses, playing with the kids that would turn into to influencers of the Chicago mechanical/ electrical wholesale market. Making deliveries in his teens and becoming a full time salesman for his father at just 18.

​​It was obvious that he was destined for a faster climb when he separated himself from Weco to go out on his own. At just 24 he picked up his first line, Palmer Staples in 1982. This wasn’t going to be an easy transition, taking on a line that had no existing sales while working as a bar tender on the side just to maintain a life. To the surprise of everyone, but himself, Tom took Palmer Staples to become the nationally stocked brand of Home Depot with an annual sales of $1,200,00; displacing Garder Bender and all other vendors. Palmer was so impressed, they offered for Tom to purchase the company only to find that Mr. Palmer bent to the corporate buyout of GB soon after. ​​​​

After 4 years of the NFL under his belt and sticking to his career plan, Dave retired after the 2015 season. "I want to play with my future children and know my grandkids names. Money isn't worth that loss."

Football wasn't the only focus in Dave's life, while playing he maintained an integral production influence of the Discovery Channel series, American Muscle. Using that platform to project himself into the world of writing, which started with a projected TV show, but materialized as the controversial book NFL Confidential.

The call to come home came soon after, as Tom tired of the daily grind and asked for help. It started as a practice of modernization, but the industry pulled Dave into an involved career just as it did to the last two generations of Molks. Heavily involved in the engineer and contractor side of the business, he is driving to design, specify and manage projects from the ground up. Leaning from one of the most successful pillars of the industry Dave is a heavy influence on the electric heating market of Chicago, while driving innovation in design and control structures across all markets.

Like his father, Dave grew up playing in the warehouse, climbing on boxes of heaters. Though his path would take him away from the ​heating industry for some time.

Becoming a high school All-American football player led Dave to a scholarship at the University of Michigan. While studying to get a degree in management, that drive that took him though high school flourished in college. Earning First Team All-Big 10 honors as a junior, repeating as a senior as well as being named a consensus First Team All-American and winning the Rimington Award for the nations top center in all of college football.

The fun of college football became a career as Dave was drafted by the San Diego Chargers in 2012. Playing there for two years before being picked up by the Philadelphia Eagles.